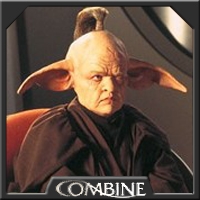 Lannik are small humanoid beings, around 1.25 metres tall, and weigh between thirty and forty five kilograms. Males and females are equally tall, although the latter have a considerably less strong complexity. Their race is, however, much more vigorous and resistant than what its size could suggest.

Lannik usually have pale skin, though some Lannik have skin which ranges from dark red to orange, and from dark blue to purple tones. A Lannik's skin tends to be of colours similar to his or her eyes and hair. The race has evolved long pointy ears which are very sensible and allows them to hear better than human ears. Due to this, the Lannik language is spoken softly, and it is considered insulting to shout. Nowadays, Lanniks speak Basic too, but have the noisy habit to use a volume much more inferior that usual.

The Lannik culture is apparently war loving, and Lanniks feel a great respect for warriors. At the same time, though, they follow a strict centuries-old code of honour. Lannik soldiers have the custom of tying all their hair in a single topknot over their head. Their race is one of fierce warriors, whose abilities have developed fighting against terrible predators and other Lanniks in a long history of wars. Although many regard the Lannik as hotheaded and temperamental, they are quite fearless and clear-headed even in combat, giving them the ability to think their way out of a dangerous situation.

The Lannik do not show their thoughts through their facial expressions, and seem always angry to other races. They are also very stubborn, and are not likely to change career once they chose it. Most males - and many females - serve in the planetary militia, celebrating the species' past as a warrior race. Some take on off-world mercenary work. 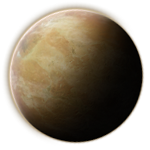