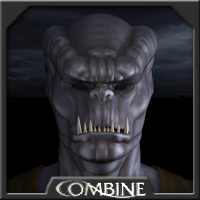 The only remaining sentients native to the planet Honoghr in the Outer Rim, the Noghri are a fierce, bipedal, humanoid species. Their physical stature and lack of social graces, including a sense of humor, has led many to dismiss them as primitive, and as such, they are often underestimated.

The Noghri have distinct physical features that allow them to be easily differentiated from the other denizens of the galaxy. They are hairless, gray or blue-skinned, and usually grow to be no more than 1.4 meters in height. Their faces are accentuated by a large sloping forehead that ends in a pronounced crest of bone just above their black eyes; this has the effect of causing their eyes to be deep-set. Though generally having the ability to completely cover their teeth with their lips, most Noghri have fangs that protrude from their mouths to some degree. Their clawed hands are another of their more prominent features.

Perhaps one of the most significant characteristics they possess, the Noghri's sense of smell is unlike any other species in the galaxy. It is said that their sense of smell is so acute that they are even able to distinguish among the bloodlines of other sentient beings by scent alone.

Due to the difficulties of life on Honoghr, their bodies have evolved to be lithe and muscular, which provides them not only great strength, but also quick reflexes. This combination of strength and reflexes has allowed the Noghri to become fearsome hunters and deadly warriors.

As warriors and hunters, most Noghri on Honoghr still prefer hand-held weapons such as knives, spears and other "primitive" weapons due to the fact that they like being up-close-and-personal with their kills. Unlike those who remain on their home world, Noghri who travel throughout the galaxy have also adapted themselves to the use of all manner of warfare technologies from blasters to grenades; as often as not, though, they can still be seen engaging enemies in hand-to-hand combat, armed with either a knife, vibroblade, or merely their claws. Additionally, due to their natural ability of stealthiness, they make excellent assassins and special-forces troops.

Noghri society is clan based; each member is fiercely loyal to its clan and honor has a preeminent role in their culture. Each clan seems to be born out of the extended family and, as such, has a matriarch who leads the clan and maintains its history through written and oral tradition. Though there are numerous clans, the most notable are Clan Bakh'tor, Clan Baikh'vair, Clan Eikh'mir, Clan Khim'bar, Clan Hakh'khar, and Clan Tlakh'sar.

Loyalty is also another significant aspect of Noghri culture. It is not uncommon for them to sacrifice themselves for their charge if they happen to be bodyguards or to willingly go to their deaths against the enemies of those who they have pledged their allegiance. 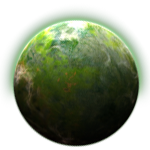