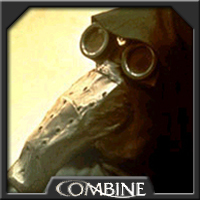 The Kubaz are an alien race hailing from the planet Kubindi. The Kubaz have dark green skin, a prehensile trunk, and large eyes. Their eyes are sensitive to the red spectrum of light, and often wear large goggles when they are away from their homeworld. They tend to be clan-oriented, with each clan protecting its property from other rival clans. The intense solar flares from their planet's sun nearly destroyed the majority of food sources on the planet, and the Kubaz were forced to hunt insects as a staple diet. This led to the rival clans raiding each others' insect farms.

These so-called Hive Wars were resolved when the Kubaz found a way to alter the genetics of their insects to not only improve their reproduction, but to identify each hive by its colorings as property of a certain clan. This newly-formed science of Insecticulture helped keep the rival clans from feuding, and also allowed the Kubaz to expand their horizons. They eventually discovered space travel, and eventually populated three of the 11 worlds orbiting the sun Ku'Bakai. This ability to move off-planet then introduced the Kubaz to their neighbours, the Verpine. Since the Verpine are an insectile race by nature, the space-faring Kubaz found that the Verpine were tasty, and began to hunt them as an additional food source.