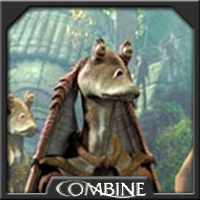 This species of humanoid amphibians is native to the planet Naboo. There are two distinct races of Gungans: the Ankura and the Otolla. The average Otolla Gungan has a tall, muscular body with long arms and short legs, and can exist on either land on in the water. Their heads are crowned with a pair of large frills that can be extended when frightened. Their eyes sit atop short, thick stalks.

The Ankura Gungan grows incredibly large, to the point where their immense weight begins to compact their skeletons, and their eyes are hooded with heavy brows instead of sitting atop short stalks. Ankura Gungans also have green skin, where the Otolla Gungans have reddish skin. All Gungans are hatched from eggs, and both parents share in the rearing of their offspring.

During much of their existence on Naboo, the Gungans have taken great pains to avoid contact with their human neighbours, and have even built huge, underwater cities to escape contact. However, fringe elements of both species realized that they couldn't survive without the other, and specialized trading relationships were set up. While these relationships were not officially recognized by either government, they were vital to the survival of each species. The Gungans, like the Wookiee race, have a distinct concept of the life debt. Any Gungan who is saved by another being must submit to the life debt or be punished by their gods.

Despite their amphibious appearance, Gungans are quite technologically advanced. Their immense bubble cities are found in the depths of Naboo's seas, and are made up of groupings of round forcefields. The fields are permeable only to slow-moving objects, and can be penetrated by a Gungan walking through them. However, the forcefields hold back the incredible pressures of the water that surrounds them. The Gungans also have an advanced shield technology which they apply to small, hand-held shields as well as huge hemispheres that can protect an entire army. Like the bubble fields, these shields are only permeable by slow-moving objects, and they absorb energy like a sponge. 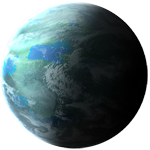